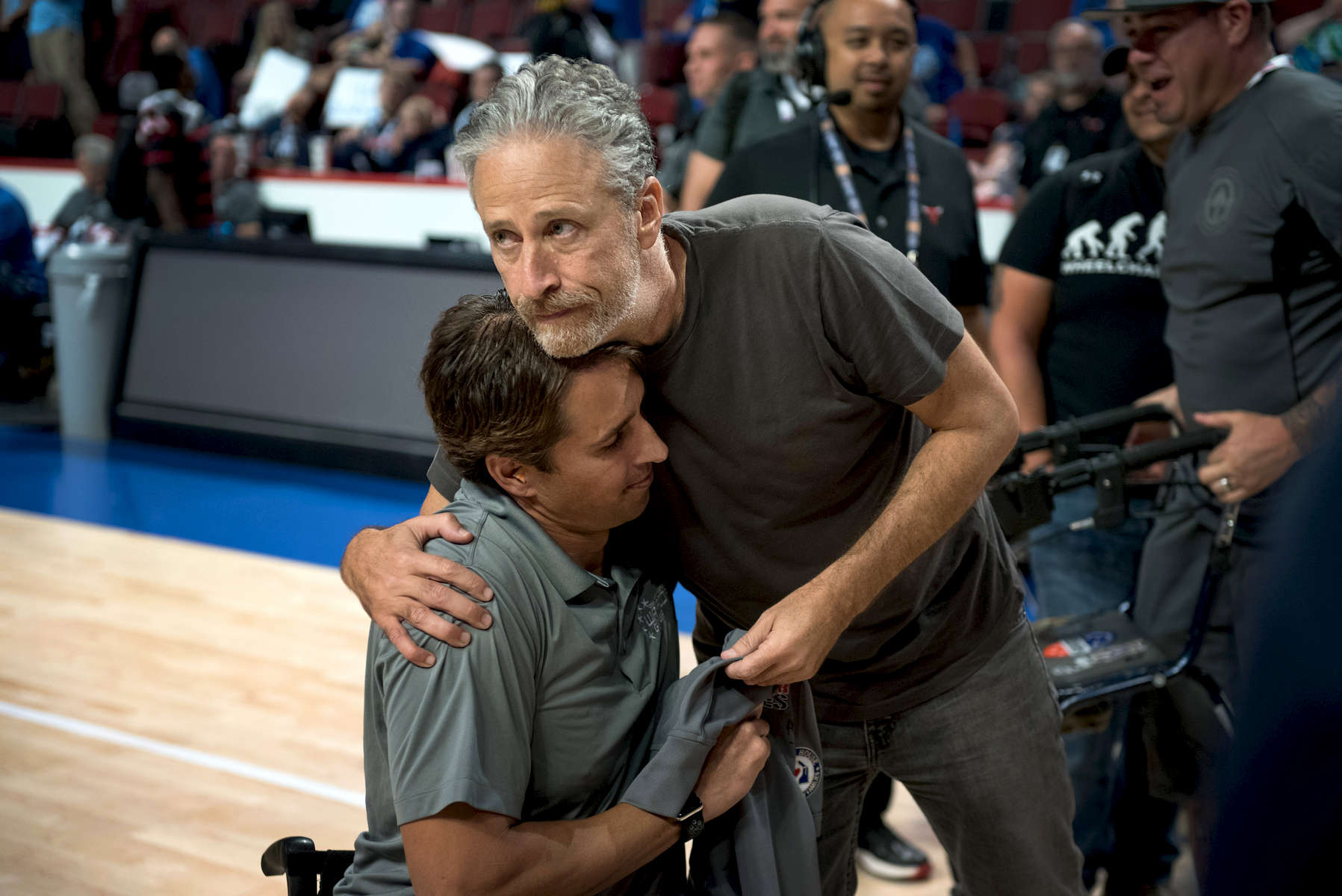 
CHICAGO, IL - JULY 07, 2017: Ramesh Haytasingh hugs Jon Stewart after an award ceremony at the United Center during the Department of Defense Warrior Games, July 7, 2017 in Chicago, Illinois. Stewart, who was a co-anchor for for the Warrior Games on ESPN, had presented a "Heart of the Team" award to the SOCOM team for Luke Yetter, who was gravely ill and could not attend the games. Stewart also signed a shirt for Yetter that Haytasingh planned to present to his teammate. (Alex Garcia for ESPN)